According to a new report ‘The Smart State’ authored by Jonathan Dupont (Director of Research & Policy at Public First), the UK should evolve into a global hub for ‘GovTech’.[1] The report states digital technology will present the opportunity to revolutionise the relationship between the state and the citizen, and create a more efficient, receptive and innovative government. The technology needed already exists to turn this idea into a reality today. Yet, future progress in big data, machine learning, and AI look set to exceedingly magnify the opportunity. Many are enthusiastic about the makings of the ‘Fourth Industrial Revolution’ (4IR) to help boost productivity in the private sector.

The ‘Smart State’ report argues that, like today’s foremost companies, Government should be structured as a platform and focused on the needs of the individual, rather than the legacy structures of government departments. One of the main ways in which the government can tackle this challenge is for the Government Digital Service (GDS) to take on a medium-term goal of creating a Single Digital Government Account (SDGA). This approach could act as a robust tool to sever the current Whitehall monopoly of top-down control. A universal digital account would help citizens to regain control over their data, meaning the government would be there to serve you (as the end user) instead of the political needs of ministers or for the administrative convenience of bureaucrats.

The report proposed the SDGA would offer increasing transparency of information to end users on the performance of their local public services, delivery roadmaps, metrics, and details of their own personal records. The organised platform could, in addition, offer coherent APIs allowing third parties to integrate their own services or design to contribute to an alternative user experience. Many such Former Cabinet Office minister Lord Maude support the reports concepts - “If you can bank from your smartphone, you should be able to check your tax return or the status of a prescription.”[2]

The report as well suggests other more far-reaching ideas such as an examination of the use of blockchain technology in areas like land registry, health records, and tax collection. In addition, the report argues the Government Digital Service (GDS) should be moved to the Department for Digital, Culture, Media and Sport (DDCMS) away from the Cabinet Office.

In summary, ‘The Smart State’ concluded - “A single Digital Government Account would not bring about full digital transformation by itself – but it could act as a vital gateway”[3]. At present, the Cabinet Office and DDCMS have suggested that they will work jointly to guarantee the productive use and management of data across government. By 2020, the government is confident to have delivered close to 90 digital services.[4]

Further information can be found in the full paper. 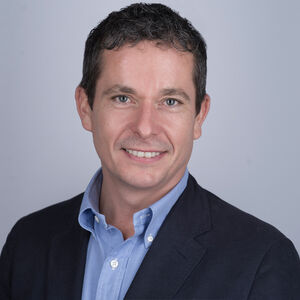